Preparations for Christmas in Florence include lights, Christmas trees, and traditional markets, which have finally returned after two years of absence. From early December to January 8, the city lights up with a magical Christmas atmosphere and a full calendar of events to celebrate the most wonderful time of the year.

On December 8, the season is kicked off in front of the Cathedral for the lighting of a spectacular Christmas tree, followed by the illumination of the Ponte Vecchio and all the streets of the city center. Via de Tornabuoni, the heart of luxury shopping, also turns on its lights during the first weekend of December.

The Christmas Market in Piazza Santa Croce is back, a genuine little Christmas village, welcoming shoppers until 19 December with German-inspired decorations and ornaments.

The artisanal market provides typical food and wine products from the Tuscan region, while Piazza della Santissima Annunziata (just a stone's throw from Residence Hilda) will host the "Fierucola dell’Immacolata" on 8 December as usual.

F-Light, the Florence Light Festival, will return as usual with its spectacular video mappings of the city's historical buildings, starting from 8 December and continuing until 9 January. This year's theme: Where we are. Where we are going.

For contemporary art lovers, Palazzo Strozzi is the place to go for the extraordinary monographic exhibition dedicated to Jeff Koons.

Residence Hilda is open for Christmas, New Year's, and the Epiphany, conveniently located in the historic city center where you can experience the magical atmosphere of Christmas in Florence. We'll be waiting for you! 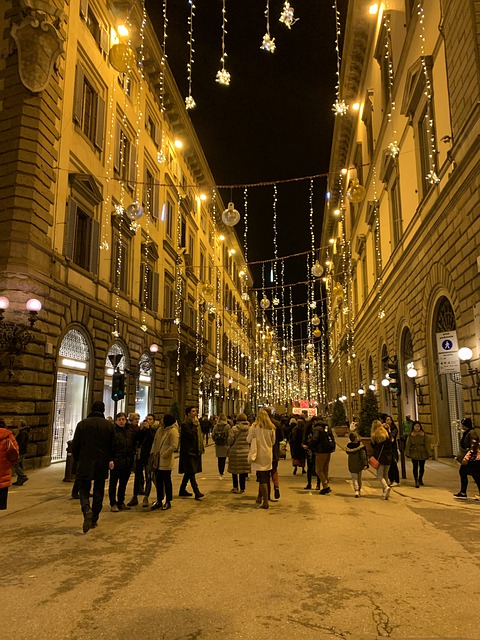