Mariah Carey, the legendary queen of pop music, will be in Florence on June 8 for the Florence4Ever event that celebrates the city’s friendship with the United States.

For her only 2019 show in Europe, Mariah Carey will take the stage at the Franchi Stadium, but she won’t be alone. She will be joined by yet another legend of American music: the singer and musician John Legend, winner of an Oscar and 10 Grammy Awards.

Having already worked together on their unforgettable duet, "When Christmas comes", Mariah Carey and John Legend will sing their interpretations of American soundtracks that have made history in the international world of cinema and music, composed by John Williams, including "Star Wars" and "Indiana Jones ". While also including Carey and Legend’s greatest hits of course.

The event will also feature students of the Italian Youth Orchestra of the prestigious Music School of Fiesole, who will accompany the artists throughout the evening.

Florence4ever has been declared the most important Italian and International summer music event. Would you like to join us? From Residence Hilda you can easily reach the Franchi Stadium in just a few minutes by bus.

We await you in Florence to see Mariah Carey and John Legend! 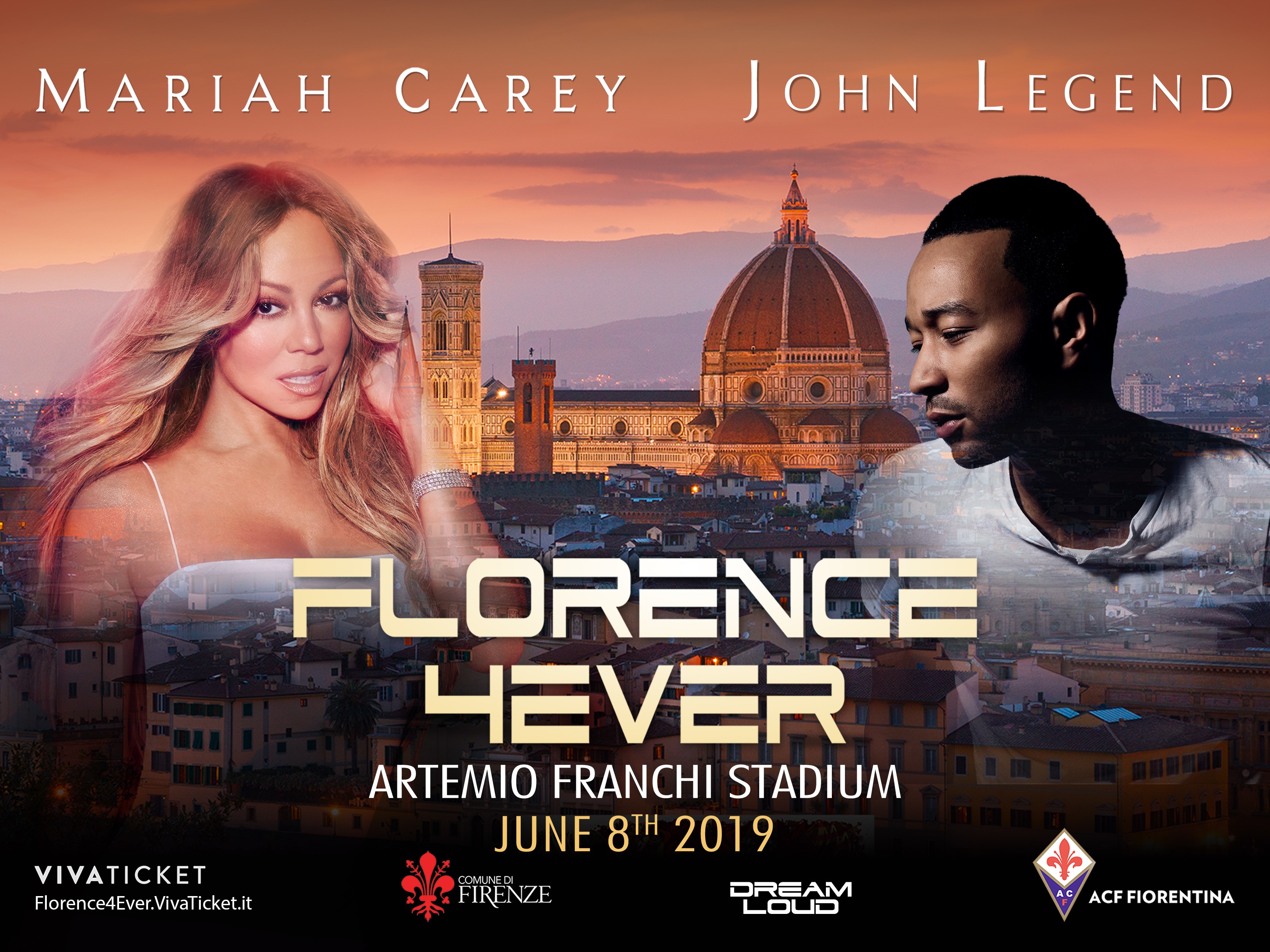