Things to do in Florence in February and March

What is there to do in Florence during February and March?

Walking around the city at the end of winter may not sound very inviting, but we assure you that it can actually be one of the best times to visit: fewer tourists crowd the museums and monuments, it’s easier to get a table at restaurants and trattorias without a reservation, and there are plenty of traditional events going on in the city center.

One of the most popular February events in Florence has to be the Calcio Fiorentino "Siege Match" on February 17 in Piazza Santa Croce. The match is a historical re-enactment of the one Florentines organized on 17 February 1530 against the Holy Roman Emperor Charles V, to taunt him and his troops during their months of siege upon the city.

On February 21 and 22, the Florence Carnival returns with the “Gran Ballo” at Palazzo Vecchio, as well as a masked procession with more than 400 artists and acrobats parading across the historic city center.

During this same period, from February 20 to 23, Piazza Santa Croce hosts the "Florence and Chocolate" event with cooking shows, workshops, and tastings all based on chocolate.

On March 4, the first Sunday of the month, take advantage of the last “Sunday at the Museum” opportunity for free entry to museums: your last chance for a free visit at the Uffizi before summer break begins! Free Sundays at the museum won’t return until October 4.

Finally, on March 25, the city will celebrate the Florentine New Year. According to local tradition, the date corresponds to nine months before the birth of Jesus, with Piazza Santissima Annunziata at the heart of the celebrations. 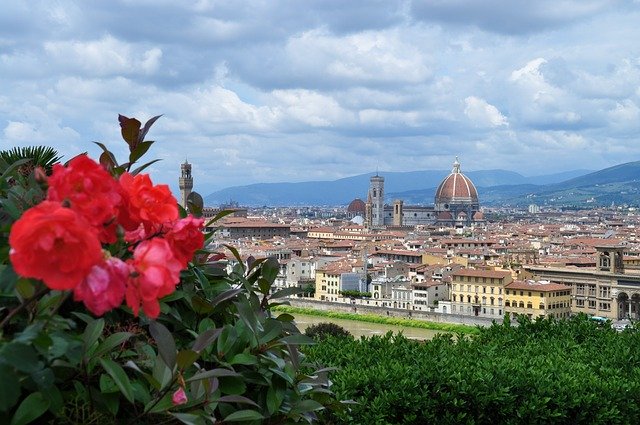